The perils of a hot bath for screenwriters 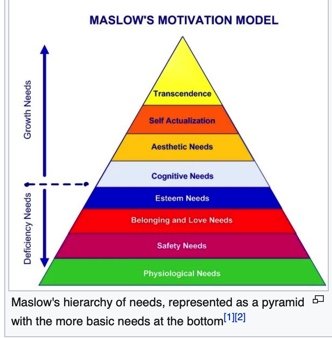 The perils of a hot bath for writers

There is one thing that every screenwriter does, on every project that they embark on, and it is the easiest place to make a mistake that can undermine the project. That one thing is the choice the writer makes: what is this story about? Who is it about? What is the genre and the format?

Often the decisions are made with little forethought and even less research. After all, writers see a wide range of implausible ideas, or – equally – obvious ideas (“Why didn’t I think of that?”) on the many screens and channels available 24/7. In the face of such extremes, perhaps some writers assume (perhaps correctly) that the old William Goldman quote – “Nobody knows anything” – has enough truth in it to justify writing up the idea that rose to the surface in the bath this morning.

You could be excused from the view that there seems to be little logic in the TV schedules. Some wonderful scripts (I know, this is a subjective view) fail at the box office or on the ratings, and some dreadful ones seem to work.

Instead of Maslow’s hierarchy of needs, screenwriters have a hierarchy of greenlighters. At the bottom of the pyramid is the writer; next up might be an agent; then one level higher are the script editor or independent producer; then you may have – above them – the boss of the production company or the commissioning editor of a broadcaster. Finally, there is a layer shrouded in mist who can truly greenlight a film or a show.

Faced with this steep pyramid, what can writers do?

Essentially, the focus in the formative years of a writing career for the screen, should be on establishing that you know what works. This does not necessarily mean coming up with the most original, left-field ideas. It does mean demonstrating that you know how to make any story emotionally engaging, fast-paced, and relevant today (always ask Why this? Why now?).

The calling-card scripts in your portfolio (there need to be several, in different genres, showing your versatility) must be exceptionally good. Their function is more to sell you than to be bought and produced, though that might also happen from time to time.

There are literally thousands of scripts circling around above the desks of anyone who might have a use for them. All producers like all agents have a choice of many more projects or writers than they can usefully engage with.

What they all want is writers who can execute what is asked of them. This must be galling to the writer who has a great idea in the bath, and then sets to writing it before it fades away. The adrenalin, the buzz, the conviction that this one is the one. This script will blow them away. Netflix and Amazon will fight tooth and nail over this idea it is so obviously great!

But was that writer reading the trades? Do they know what the chatter is in the trades about who is commissioning what? It is no good looking at the new shows the broadcasters or streamers are releasing this week. Greenlight decisions on those were made two or three years ago.

The middle rank of the greenlight pyramid have their ear to the ground. They cultivate relationships with the buyers above them who in turn are cultivating the highest layers of the pyramid. What the highest layers want trickles down to the layer below, and from there perhaps down another layer.

Except even before it gets below midway it is often hijacked, because the higher levels whisper the names of a couple of show-runner writers that they fancy could deliver. Well of course they could since they have dozens of great credits and have proved that they can usually deliver.

So, the large pool of very competent writers who nine times out of ten could deliver, never get to hear the whisper because one of the showrunners, who has just had a show cancelled (even the best have failures) takes it on.

The writers lower down need to cultivate the middle ranks, to get relationships with individuals who have access to the higher ranks. There are no short cuts, apart from good agents who can help a little. But unless the writer can become someone trusted by a producer, no amount of pushing by the agent will help.

And you get trusted by writing a sensationally good calling card script. No one (other than your mates and your agent) need know exactly how many drafts you had to do to get it to this level. But you did. It stands tall and speaks for you more loudly than the most passionate agent.

So, you need two things (apart from perseverance): relationships with people higher up the food-chain and a couple or three marvellous calling-card scripts. And by reading the trades and by following on social media at least fifty (yes 50) serious players in the field you are working in (e.g. TV drama), you may also glean ideas as to what the future trends are. Now you are in a position to select ideas based on more than a warm bath.

I wrote an article for Shepherd on the top five books I think all screenwriters should read to elevate their career. My picks cover aspects such as Serials, Soaps, Psychology, Selling Screenplays, Legalities, and more. Read it here: shepherd.com/best-books/for-elevating-your-screenwriting-careerAnd don't forget you can find other screenwriting and industry nuggets on my site, including the first book in my trilogy: makemoneyscreenwriting.com/ ... See MoreSee Less

Tomorrow (Sunday) I'm going to be answering questions from writers on the Sunday Morning zoom moderated by Bob Schultz between 9-11am so join us. londonswf.link/writers-cafe Any questions you ever wanted to ask an agent. Now's your chance. ... See MoreSee Less

Zoom is the leader in modern enterprise video communications, with an easy, reliable cloud platform for video and audio conferencing, chat, and webinars across mobile, desktop, and room systems. Zoom ...
View on Facebook
· Share