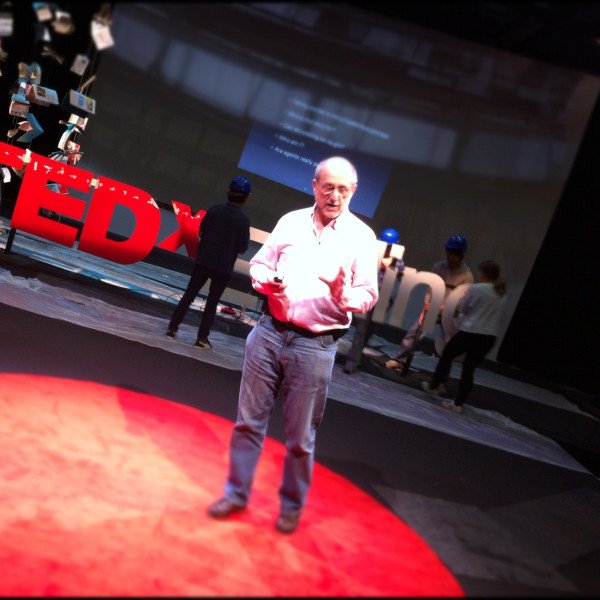 "Nothing changes really as far as storytelling is concerned: make me laugh, make me forget the real world and make me cry."

Julian Friedmann is co-owner of the Blake Friedmann Literary Agency and was the publisher of ScriptWriter magazine, which became the premiere magazine for screenwriters in the UK and Europe. At the agency, he represents both book and scriptwriters and also acts as Executive Producer for and with clients.

Julian is the author of the Make Money Screenwriting series (an updated version of the previous How to Make Money Scriptwriting), co-author of The Insider’s Guide to Writing for Television, and editor of two volumes on Writing Long-Running Television series.

He has taught at universities and film schools all over the world. He designed the MA in Television Scriptwriting at De Montfort University, and PILOTS (for developing long-running television series) for the EU MEDIA Programme.

He has been on both Emmy and Grierson Juries and is Senior Advisor to the London Screenwriting Festival.

I am Joint Managing Director of Blake Friedmann Literary Agency in London which represents over 200 book and script writers worldwide. Prior to BFLA I ran a small agency for several years before merging with Carole Blake who had a similar small agency.

For a number of years before that I ran a small publishing company specialising in academic books, and before that I was Educational Editor at two companies in London in the 1970s, Angus & Robertson and Irish University Press.

I was the first UK Coordinator of the European Union’s MEDIA Programme, EAVE, a producer-training programme (1990), where I was responsible for the pitching training and for introducing in-depth script analysis. I worked closely with the then Head of MEDIA, Holde Lhoest and spent time in Brussels on the Board of EAVE. I have been involved with other MEDIA Programmes including being an expert at Euro Aim workshops, and lecturing at SOURCES workshops around Europe.

I also helped design, and taught regularly at, Global Negotiations, a MEDIA Programme training people from all areas of the film and television industries – including writers – in the skills of negotiating in the audio-visual industries.

I have extensive contacts with the industries in Europe and South Africa and Hollywood. I designed and set up the world’s first MA in Television Scriptwriting at De Montfort University in Leicester where I taught regularly. I have taught for Screen Training Ireland and have been a visiting lecturer at the University of Brussels, the Munich Film School, the Masterschool Drehbuch, ScriptForum in Berlin, John Moore’s University in Liverpool, the London College of Printing MA in Scriptwriting, Oxford University Film Society, Movie Makers in Scotland, the Royal College of Art, the National Film & Television School, and the Northern School of Film and Television in Leeds.

I have advised broadcasters BRTN Belgium and YLE Finland on long-running series and Soaps, and acted as an expert for various international MediaXchange tours of producers to the UK. I have been on both the European Jury for the International EMMY nominations (twice) and the Jury for the Grierson Documentary Award (twice) and during the Berlin Film Festival I was a  lecturer and script expert at the Talent Campus.

I lecture on the business of scriptwriting, on writing treatments and on pitching, and have published a book called HOW TO MAKE MONEY SCRIPTWRITING. I edited two volumes called WRITING LONG-RUNNING TELEVISION SERIES. I am co-author of a new book The Insider’s Guide to Writing for Television.

In November 2001 I launched Britain’s only scriptwriting magazine, ScriptWriter. I ran the magazine ran for 9 years, and it became Europe’s most influential scriptwriting magazine (it became www.TwelvePoint.com, a web-based magazine and resource for writers and those who work with them). The magazine covered all aspects of knowledge for professional scriptwriters, from law and business to script development, genre, audiences and markets. The magazine received support from the UK Film Council. After 9 years we closed the magazine: we published 900 articles on every aspect of screenwriting and it began to become groundhog day!

I was on the Executive Council of the Writers’ Guild of Great Britain and on their Communications Committee and Television Committee for a number of years. However, I resigned to advise Amnesty International, helping strategise Amnesty’s relationship between the audiovisual media and their campaigns. I have also been on a Skillset Working Party deciding how to spend Skillset’s budget for scriptwriter training, and was on the Board of Directors of the Scriptwriters’ Festival in Cheltenham.

I was born in South Africa in 1944 and came to live in London in 1961. I have degrees from the University of York (Philosophy/Politics BAs) and an MA from the School of Oriental & African Studies. I did one year of a PhD in International Relations at the London School of Economics but left because I had a full-time job in publishing that conflicted with a two-year PhD.

Reviews for HOW TO MAKE MONEY SCRIPTWRITING (the earlier version of the three new books I am publishing):

‘This wonderful and accessible book fills in all the gaps. It’s full of insights that help writers in the business of screenwriting – a great help to actually get a script sold.’ Linda Seger (author of MAKING A GOOD SCRIPT GREAT).

‘If you want to be a scriptwriter but aren’t really sure what to do about it, then you could do a lot worse than reading Julian Friedmann’s HOW TO MAKE MONEY SCRIPTWRITING. Friedmann knows what he’s talking about, which he does in a witty and entertaining way, informing without patronising. Go and buy it.’ Film Review

SCRIPTWRITER MAGAZINE:  Below are some quotes about this magazine:

“Excellent articles, very thought-provoking, really good to have in the office to read in the breaks – or to read all morning when the work’s not going well.” Andrew Davies, writer (Bleak House, Daniel Deronda, Zhivago , Bridget Jones’ Diary, A Rather English Marriage, Pride and Prejudice, Game On, Middlemarch, House of Cards, A Very Peculiar Practice)

“Finally a magazine that addresses scriptwriting and scriptwriting issues from a British perspective. Intelligent, witty and argumentative, it makes a significant contribution to understanding and illuminating the role of the creative process within the film and television industry.” Ashley Pharoah, writer and creator (Wild at Heart, Ashes to Ashes, Life on Mars)

“At long, long last Britain has joined the other major film-making countries in gaining a serious, worthwhile magazine for screenwriters. To my mind it is a positive duty of every professional writer, and every emerging professional, to support this initiative. Scriptwriter is brilliantly informative, deliciously opinionated, and admirably open to all perspectives and points of view. From the in-depth analysis to the penetrating interview to the beady-eyed news coverage, Scriptwriter is a pleasure as well as an obligation.” Bernie Corbett, ex-General Secretary, Writers’ Guild of Great Britain

“It is a valuable resource for students keen to learn the basics of writing and about the business of writing, as well as providing a constantly changing perspective on all the issues that matter to working writers.” Christopher Walker, Course Leader MA TV Scriptwriting at De Montfort University.

“The wealth of articles available, from writing genre to writing emotion, working with actors to working with script editors, has enabled some very insightful debates to take place…. For students and professionals alike, the highly comprehensive yet easily accessible writing means that new and existing ideas are able to be shared and embraced.” Craig Batty, then Senior Lecturer in Media Writing, University of Portsmouth.

“Every scriptwriter should have a copy on his or her desk.” Jurgen Wolff, teacher / writer (Benson, Family Ties, Relic Hunter; script doctor Mannequin, Pluto Nash)

“ScriptWriter provides clear and fascinating articles about the world of film and television writing. It should be on the desk of every television commissioner.” David Docherty, ex-MD Broadband Content, Telewest; formerly Deputy Director of TV BBC (author The Spirit Death, The Killing Jar, The Fifth Season)

“I have been really impressed with ScriptWriter. It patently wants to help writers come up with better scripts and that has to be good for television and film in general.” Ray Marshall, producer/writer, Festival Film and TV (Catherine Cookson series)